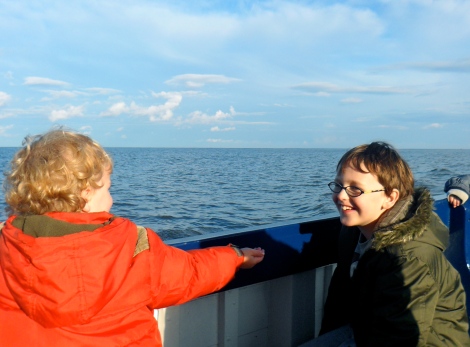 This isn’t the post I planned to write today. But today we went to soft play again. I promised the boys in the summer holidays that we would go once a week and we seem to have carried on doing that since Harry’s been home. I don’t mind it because it’s quiet during the day, the boys love it, and I can write (or read) in relative peace.

Today, as soon as we got there, Harry and Joe yanked their shoes off and took off running. I shouted at them to stick together because Harry often goes off onto more difficult climbing things, leaving Joe wailing. I switched on the computer and got on with finishing writing my book. (More on this tomorrow.)

After a couple of minutes, I looked up and they were both on the trampoline. The Ketchup Song was playing and the two of them were bouncing up and down, holding hands and laughing their heads off. Harry kept trying to pick Joe up and not managing it and falling over. Then they’d roll around for a while, still laughing, then get up and bounce again.

I watched them for the whole length of the song and I couldn’t stop grinning. They were so happy together, having so much fun, enjoying each other’s company.

No, they don’t get on as well all the time. They snipe at each other and fail to share and Harry pretends he’s putting CBeebies on the TV for Joe and then says, “Oh sorry. It’s Spongebob now. I don’t know how that happened…” and Joe shrieks and belts him with whatever’s to hand. But most of the time they get on brilliantly. And I think – I really hope – they’ll remember this when they’re older and appreciate the amount of time they got to spend together, just the two of them. 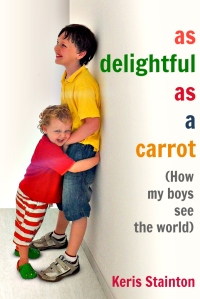